Seline Skoug’s images are notable for their sensitive treatment of light and authentic sense of place. While some might categorize her as a regional landscape photographer, her scenes of rivers, farms and forests of southern Vermont and eastern New York do not resemble typical postcard scenes of New England. Rather, she works in the margins -between season, space and time of day.  Observers have described her images as having a serene, painterly quality, evoking 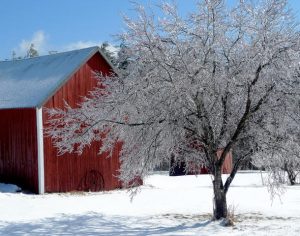 quiet moments in a working lansdscape.

Seline began shooting pictures as a young woman traveling to her ancestral home in Norway. Since then, never without a camera in hand, she has captured landscapes from the Catskills and Adirondacks, the beaches of Saint Croix and on to the rivers and fields of Vermont.  Along the way, her work was shaped by her appreciation of the natural world and love of people and community.

She has exhibited regionally in group and individual shows and her images are in homes across the country and in England.  Her work has been recognized by Horticulture Magazine and the American Alliance of Museums and her images have been published in Untold Stories of the Battenkill and Vermont Magazine’s 2018 Calendar

Seline lives along the Battenkill River in Arlington, Vermont. Find out more about her on her website: selineskoug.com