One of Valley Artisans Market’s founding members, Carlton Foster, passed away on Christmas Day, 2018. Though he hadn’t been a member for many years, we remember his humor and the wonderful craftmanship he brought to the market, selling his beautiful wooden utensils.

Carleton A. Foster, 83, of Jackson, passed away on Christmas Day, December 25, 2018 at the Center for Nursing and Rehabilitation at Hoosick Falls. Carleton was born a Shushan farm boy on September 20, 1935 and was the son of the late Anderson and Clara (Vaughn) Foster.  He attended a two-room schoolhouse in Shushan and graduated from Salem Washington Academy. He had worked at Nash Rambler & Studebaker and also at Reynolds Tool & Die before starting his own business, “Puzzleworks” making children’s wooden puzzles. The business became C.A. Foster design & creator of fine cherry wood kitchen utensils and cherry wood sculptures.

Carleton was a charter member of the Valley Artisan’s Market, where his cherry wood creations were displayed and sold. He also was noted for the beautiful baritone voice and trained at the Troy Conservatory of Music. He was past President of the Washington County Historical Society and the Battenkill Snow Drifters. He was Past Master of the Cambridge Valley Lodge #481 F&AM Masonic Lodge; he was Lecturer of the Cambridge Valley #147 Order of the Eastern Star. Carleton also supported the Covered Bridge Association, the Cambridge Historical Society & Museum, the Historic Salem Courthouse.

He enjoyed Formula 1 racing and working at Lime Rock Park in Connecticut and also at Watkins Glen. Carleton did hill climb racing and was a Marshal for road races. He was noted at the Saratoga Auto Museum as a driver. He had a variety of interests which include painting and sketching and watching University of Connecticut Women’s Basketball. He started the annual tradition of the Shushan Bonfire.

In addition to his parents, he wa 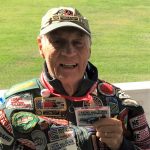 Donations may be made to: