The three sister artists are teaming up for a joint show at Valley Artisans Market  in Cambridge, NY, Oct.29 – Nov. 20. Elizabeth will show her paintings, Nancy mosaic art, and Janet, ceramics. Elizabeth and Nancy are members of the 41-year-old artist cooperative, and live in Saratoga Springs while Janet lives in Boulder, Colorado. 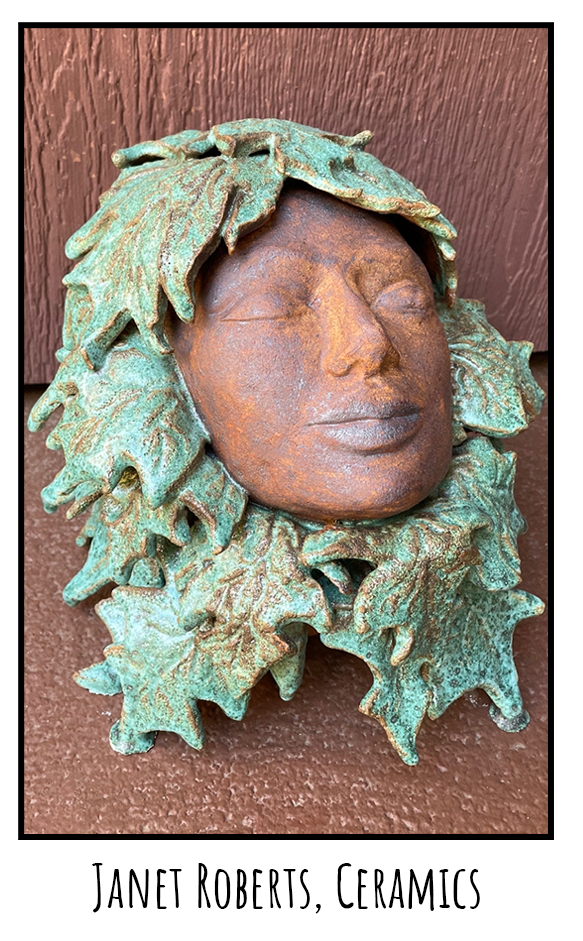 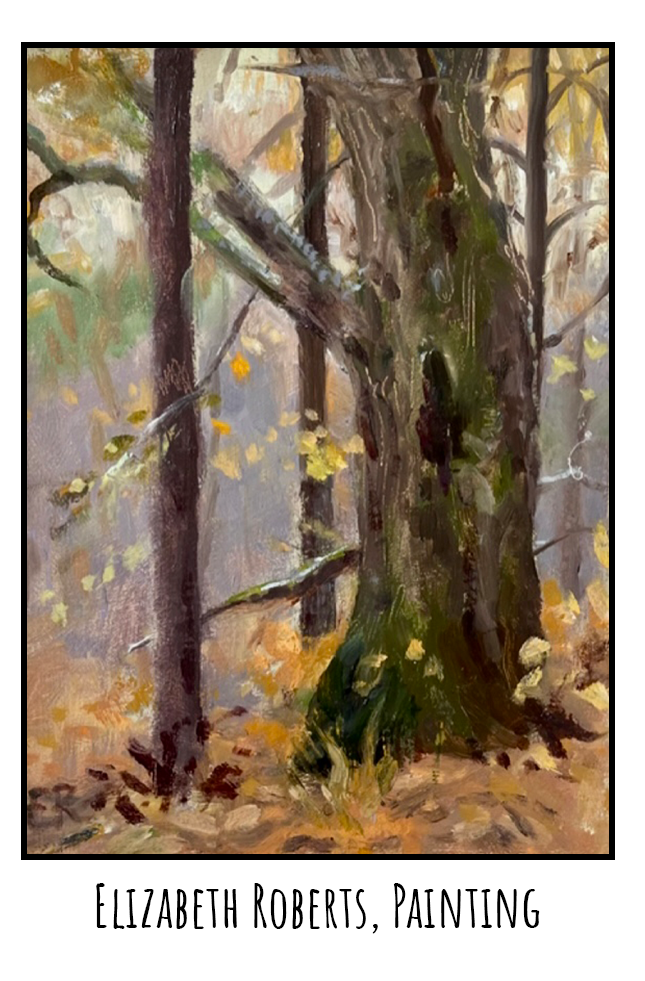 When they were young, the Roberts sisters remember, their mother, a painter, would drop them off at Munson Williams Proctor Art Institute near their home in Utica to play in the children’s area. They’d also cruise the painting collections with her and sometimes with their Dad, who was a teacher by day and an actor, writer and singer on the side.

Does growing up in a creative household make one creative? For the Roberts sisters the answer is a resounding yes and you can see the proof.

Elizabeth laughs about doodling “my way through high school.” Her specialty was ballpoint caricatures of classmates and teachers that included moving parts like darting eyes. She went on to take studio art classes at the State University of New York at Oswego and Syracuse University, and she holds a master’s in painting from the State University of New York at Albany. She has exhibited throughout New York and nationally, and has received multiple awards.  She paints in oils, pastels, and acrylics and while she is drawn to the rolling rural landscapes of Washington County, she also does portraits and fantasy landscapes.

Nancy had long published photographs with her magazine articles and designed cottage gardens, but mosaic art is her newest avenue of expression, sparked by working with an accomplished local Saratoga Springs artist, Meryl Davis.  She found it irresistible, as it “seems to bring together many of my favorite things, such as the richness of color and form with sculpture’s tactile aspect.” The natural world inspires her work, which depicts birds, flowers, and landscapes.  In one piece, a bluebird rests on an apple tree in full bloom, while another depicts a garden of prairie coneflower, lupine and rose campion.

Janet began her creative life as a dancer and choreographer, earning a master’s in dance at the University of Colorado. She dabbled in painting, too, but once she got her hands in clay she knew she’d found her medium. “I think after all those years as a choreographer, I just naturally gravitated towards a three- dimensional form,” she says.  Her work has been featured in galleries in Colorado and includes  her  unique  take on the classic Green Woman of the garden.

The Three Sisters would like to think that their mother would be proud of the Art Show of their combined talents.