Gyula Varosy was born in Hungary and came to the US as a refugee in 1957. After receiving degrees in Architecture from Pratt Institute and Harvard University, he lived and worked in NYC as an architect, with a focus in housing design. Setting up a sculpture studio was parallel to this. In 1990 Varosy and his wife, along with their toddler and a baby, moved to Greenwich, NY. In the years that followed, apart from architecture, there was more time in this beautiful environment to make art. Finally sculpture became his main focus. Varosy describes his artistic endeavor in the following quote: “Inevitably, the figure comes back. I am drawn to it, it is central and ever present, It can take many forms and enter many shapes, from the obvious to a most fleeting and obscure resonance, a gesture, a particular predicament, a vague association of forms and relationships that stirs something….and they are all connected and reflect on one another. Whether carved and constructed in wood, modeled in clay or plaster or cast in bronze, completed today or 30 years ago…And the issues and problems one is focusing on seem always to be the same, its like you are working on the same piece…with the hope of getting it right finally…Sometimes you just want to step back a little. I have just completed sketches in wax of our dogs and sundry. Had them cast in bronze. Also sketched small nudes from life. Some of these are here….It will be gratifying if this eclectic congregation speaks to you…” 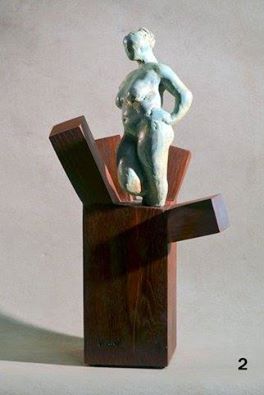 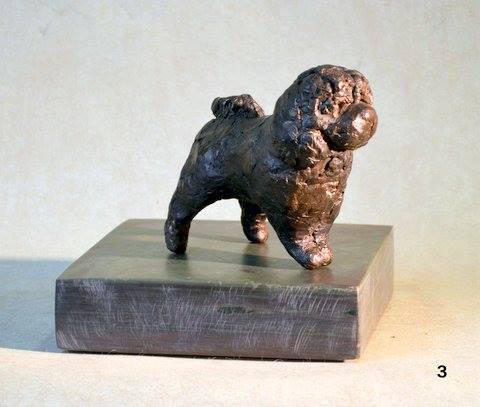