Russell lives in Glens Falls, NY where he has maintained his studio at the Shirt Factory since 2006. Raised in Niagara Falls, Russell attended the New School of Art in Toronto, Ontario with a concentration in drawing and screen process printing. He then studied printmaking at the Center for Music Drama and Art in Lake Placid, and lithography at the State University of New York at 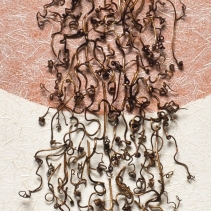 Solo exhibitions include the Salem Art Works in Salem, NY and Castleton College, Castleton, Vermont. Invitational and juried exhibitions include the Artists of the Mohawk Hudson Region 2016, the Lake George Arts Project, Albany Center Gallery, the Laffer Gallery, Schweinfurth Memorial Art Center, and the Lake Placid Center for the Arts. His work is included in the collection of the Albany Institute of History and Art and private collections.

“I am captivated by the energized line naturally found in the strength and determination of the vine tendril. I use the vine tendril as my drawing tool, as my mark, as three dimensional line. My process centers around the selection of individual tendrils, each having a complex simplicity… which once interwoven create a fluid shape, a composition,” he says.

“I seek to create movement, fluidity, and variations in density stemming from the thickness of each tendril and its placement within the whole. I alter the appearance of the tendril’s thin bark with burnishing techniques and coatings of clear shellac – ‘freezing’ the tendril’s line before the organic process of decay would return it to part of the forest floor. In making these works I am interested in creating a visual interplay with what is natural and when applied out of context creates pause for re-examination.”

Jon Segan studied art at the Pratt Institute in Brooklyn NY. Although he graduated in 1977, he did not start making art until 2006.  It was 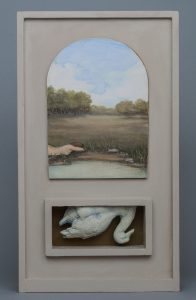 during those years that he acquired the skills and experiences necessary to do his work which involves painting, sculpture, and assemblage. Outside of his studio work, Jon is an active member of the arts community of the Glens Falls region, Volunteering his time to galleries, museums, and arts groups. His work has been shown regionally in solo and group exhibitions, and is in numerous private collections.

“In my work I usually combine painting and sculpture with objects, fitting them together spatially into boxes that I construct,” he says. I find that this combination of media makes more likely the opportunities to discover the happy accidents that lead to spiritual order. I paint and sculpt in a straight forward manner to best achieve harmony between the two dimensional image and the three dimensional form.  The coming together of the different elements allows the work to become first image, then object, and ultimately a blending of the two.  This merging allows me the role of the artist, craftsperson, and finally witness.” 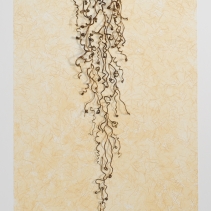 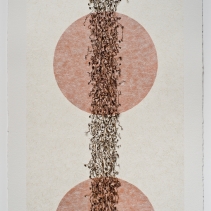 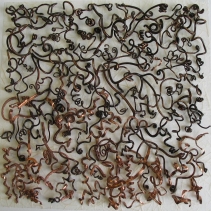 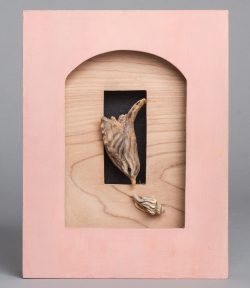 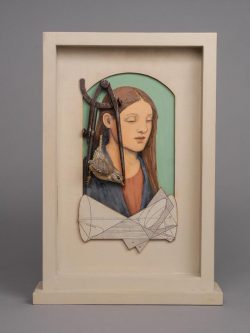 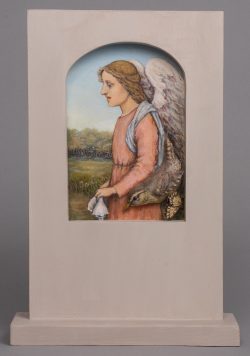