In Together Again, Sandy Brett and Anne Dambrowski display some of the work they have created over the past 30 years.

Sandy’s Artists’ Books run the gamut from a child’s folding alphabet to a tome big enough to satisfy a book-starved alligator.

Anne’s Parade Masks are wearable art that have appeared in local parades and the occasional pond. 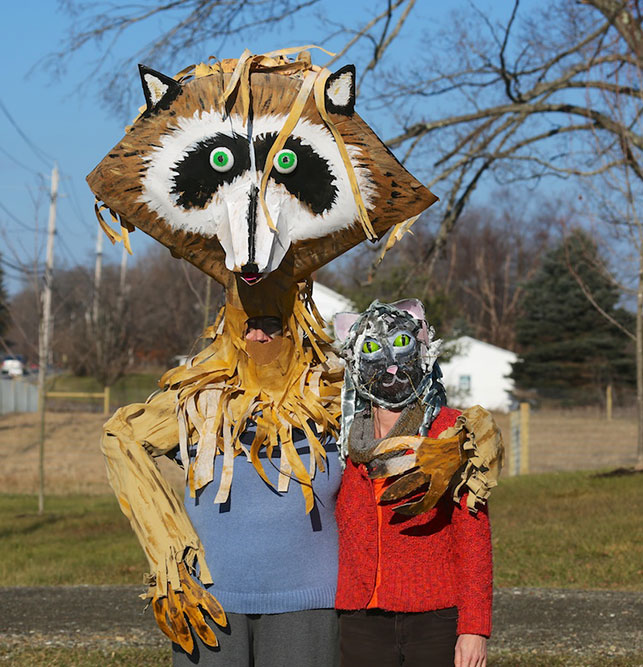 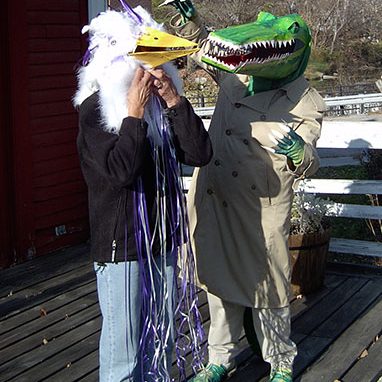 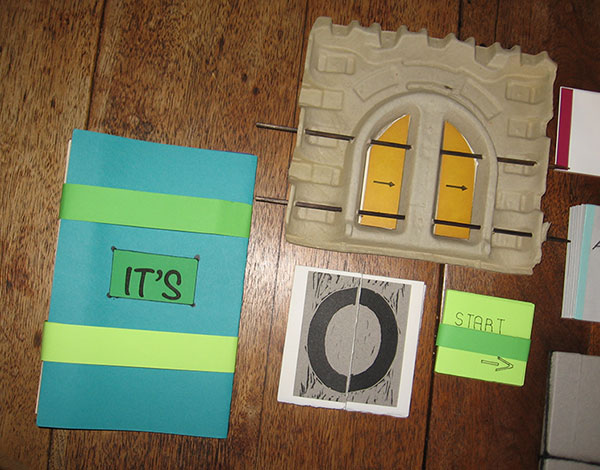 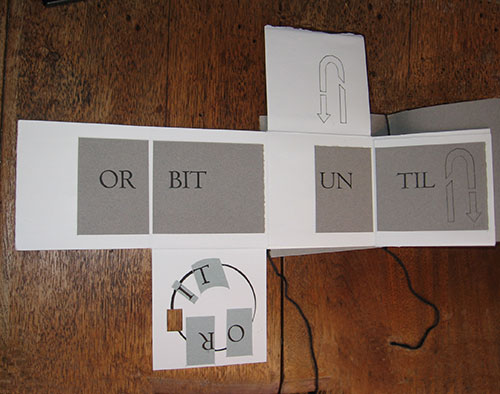 Vermont Arts Exchange opened in the mid ’90s, only a stone’s throw from McAdoo Rugs where I was working as a designer.  A class about book art was offered & I signed up.  We had use of the VAE printing press, so I incorporated letterpress into some of my books.  That got me started & since then I’ve been having a lot of fun experimenting with making books.

The first ones were alphabet books for my grandchildren.  Then I went on to books that chased words around the pages.  Eventually i made a few with timely political overtones.

I began working in paper mache when I took a mask making class with Carol Serotta at Hubbard Hall in Cambridge, NY.

I made most of my masks over the course of two weeks before the annual Halloween Parades in North Bennington, VT beginning in the early 1990’s.  They are meant to be seen in passing for a minute or less as the wearer walks by.  I hope they make you smile or laugh.