Arleen Targan, of Greenwich, was a long-time member of Valley Artisans. She had to resign several years ago when she was diagnosed with Alzheimer’s disease. We are so sad to announce she died on Monday, July 2, 2018. Our condolences go to her family, especially her husband, member Barry Targan.

Born Arleen Caplan on July 12, 1934 in Abington, Pennsylvania, near Philadelphia, her surname was later changed to Shanken when she was adopted by her grandparents. Arleen graduated from the Philadelphia College of Art and began her long and successful career as an artist, drawing portraits on the Boardwalk in Atlantic City. It was there that she met the love of her life, Barry, to whom she would be married for sixty years. They would go on to live, work, travel, camp, and sail in many places in the United States and Europe, spending much of their lives in upstate New York. 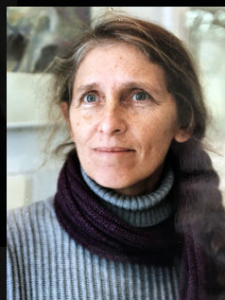 Arleen was a brilliant, gifted artist, excelling at many different art forms. She was especially known for her paintings of local landscapes and her portraiture at county fairs. Her granddaughters fondly remember numerous art projects with Grandma, who “made art fun.” Arleen’s creativity extended beyond the easel and into the kitchen. Always the gracious hostess, she delighted in preparing memorable meals for family and friends. Her love of the natural world was evident in the time she devoted to gardening, hiking, and swimming.  A gentle, kind-hearted, and talented woman, Arleen will be deeply missed by her family and her many friends, including her fellow artists at the Valley Artisans Market in Cambridge, New York, as well as residents and staff at the Fort Hudson Nursing Center.

Arleen was predeceased by her parents, Harry and Ruth Caplan, and her sister Joan Shanken. She is survived by her husband, Barry, of Greenwich; son Anthony Targan (Holli Hart) of West Bloomfield, Michigan; son Eric Targan (Dollene Coolidge) of Belchertown, Massachusetts;  and granddaughters Rebecca (Tomer) Dorfan, Alexandra Targan, and Hannah Targan. Those who wish to make a contribution in Arleen’s memory may make a donation to the Alzheimer’s Association or to a charity of your own choosing.  To leave an online message for the family, please visit www.flynnbrosinc.com.